The Rise of the Planet of the Unlikable Protagonist

While watching this year’s Oscars I couldn’t help but notice the abundance of unlikable protagonists, 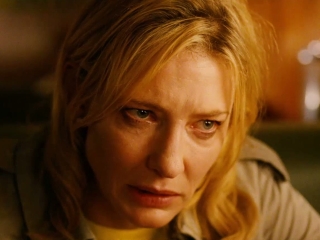 particularly considering the winners of the Best Actor and Actress categories. Matthew McConaughey plays an extremely unlikable character who is despicably selfish, outwardly racist and homophobic and yet is our guiding point-of-view through one of the toughest periods in the AIDs battle in public health. Equally unlikable is Cate Blanchett’s Jasmine French in Blue Jasmine. Blanchett plays an extremely emotionally unstable, pathologically selfish and ungrateful woman who invokes no sympathy from those around her or from us as viewers throughout the film. However, Blanchett’s performance, like McConaughey’s, is so impactful and sincere that it was hard to remain unaffected by it. Both of these performances and the accolades earned by both actors for them got me thinking about the fascination of current society with an unlikable protagonist; and the thin line between a straight up unlikable character and the likable asshole trope.

I think that the most obvious attraction to an unlikable protagonist is that, whether we like it or not, they are

generally more complex and so more reflective of more qualities that define humanity as a whole. Isn’t it true that we are more likely to see our flaws in the mirror than our strengths? So shouldn’t that be true when trying to relate to a fictitious character? However, it’s no secret that we all prefer a prickly protagonists to a wholesome hero – genres such as Westerns, Detective Fiction, and Murder Mysteries generally rely on an complex and unlikable protagonist to carry the story. Contentious characters are somewhat of a literary tradition, with characters from Dorian Grey and Sherlock Holmes to Emma Woodhouse and Miss Havesham creating the mould for future undesirable character tropes and who most of these protagonists can be connected with and traced back to.

Recently though, there seems to have been somewhat of a revival of the unlikable protagonist particularly in recent popular television. Take for example Mad Men‘s Don Draper, or Breaking Bad‘s Walter White, House of Cards‘ Francis Underwood, or Sherlock‘s own Sherlock Holmes to name but a few. As Lionel Shriver surmised in an essay for the Financial Times, ‘liking’ has two pre-requisites: “moral approval and affection.” If we think about these characters, and many other of the most popular characters in TV today, you’ll notice that very few meet these standards, but what all these characters do have in common is that they are only strengthened and developed in their intricacy by their assholery.

However, Meredith Borders discusses the divide between the treatment of unsympathetic female characters

versus their cold male counterparts and hypothesises that audiences are far more reciprocal of unlikable men. Borders states that: “One unavoidable certainty is that this dismay is more pointed at unsympathetic women than men. It’s true in life as in fiction – cold men are considered strong while cold women are considered bitches.” To back up this assertion Borders uses Walter and Skyler White as an example, stating that while Walter’s crimes include meth production, murder and “total life-ruiner”, Skyler merely punishes him for these crimes but we find ourselves on Walter’s side. Mind you, this might generally be because while Walt is a life-ruiner, Skyler is far worse as she’s a fun-ruiner – and afterall the main point of the show is entertainment.

However, some more commonplace unlikable women who are facing more normal issues actually thrive on their unpleasantness. The biggest example for me in current TV is Hannah Horvath, the protagonist of HBO’s Girls. Hannah seems to be endlessly flawed, from her selfish and self-righteouness, to her destructive nature when it comes to relationships, and even to her struggle with OCD. Though all these flaws would appear to stack the deck against her likability-wise, it actually makes her more real and more relatable (or maybe I’m just as troubled as her, who knows). This is a theme that runs through the show as a whole, and what makes it so successful and, for me, what makes it so enjoyable. While famous female-driven shows such as Sex and the City laced their situations pretty heavily with metaphor and inference to get across the moral of the story, with the indubitable Carrie Bradshaw giving us a neat summation section at the end of each episode in a kind of Sesame Street style “What I Learned Today” conclusion so there was no doubt as to how us girls should feel at the end of each life lesson, Girls is far more literal.

In Girls, I suppose like in Sex and the City, we are given four female protagonists who each have distinct

personalities and distinct issues to go along with them. However, unlike the ladies of SATC they are not the perfect support system, counter-balancing eachother to make an impenetrable superfecta of female strength. No, these leading ladies far more resemble the flawed relationships most people have with friends, fuelled by self-gain and narcissism and the gritty truth that friendships are not the be-all-and-end-all of the female existence. Just as they are unique, Hannah and her friends are all uniquely unlikable in their own ways and I think when you really think about everyone you know, very few people know one truly and thoroughly likable person (and even if you do, you probably dislike them for that fact).

It’s refreshing for a show, or a film, to represent the way flaws and mistakes, particularly in women’s lives, are much more beneficial than going for a cocktails with the gals and concluding that ‘you’re beautiful and strong no matter what!’ and that actually, sometimes life will just suck. Because deep down everyone’s secretly a bit sucky themselves, and at the root of it all isn’t that what makes these ‘unlikable’ characters not only cathartic, but downright likeable?